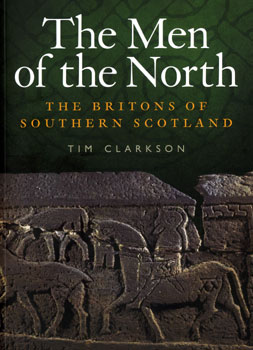 ‘….. a textbook and a very useful one, addressing a real gap in the market.’ Martin Carver (Antiquity, December 2011)

‘….. impressive breadth of coverage and clarity of expression.’ Philip Dunshea (The Historian, Summer 2012)

The Men of the North offers a narrative history of the North Britons from AD 400 to 1100. It looks at the kingdoms they established in the early medieval period and at relations between the Britons and neighbouring peoples such as the Picts, Scots and Anglo-Saxons. Notes for each chapter direct the reader to a bibliography of primary and secondary sources.

The book’s contents include:

Published by Birlinn of Edinburgh, under the John Donald imprint, and available from Amazon UK and Amazon USA. Also available as an e-book for the Kindle.

‘Until the publication of The Men of the North there had never been a textbook for the North British kingdoms—its appearance should be welcomed by undergraduates, teachers, and the general public alike.’ Philip Dunshea (International Review of Scottish Studies, 2012)