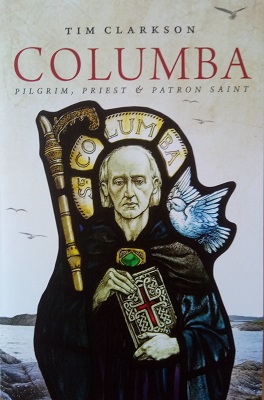 My biography of St Columba, first published in 2012, now has a re-designed cover. I received half a dozen free copies of the new version last week and am very pleased with how it looks.

The publishers – Birlinn of Edinburgh – have moved the book from their academic imprint ‘John Donald’ to their main stable. Two of my other books – The Picts: A History and The Makers Of Scotland – made the same migration some years ago. It means a slightly reduced size (the John Donald format tends to be larger) but otherwise the book is unchanged. 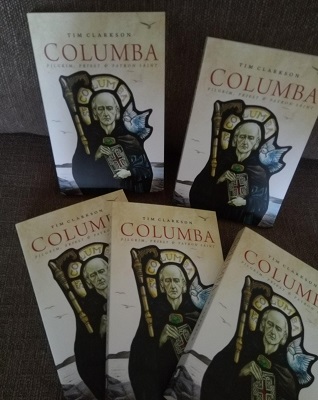 Five of my six free copies, posing for a photo after their journey south from Scotland.

The new cover incorporates an image of Columba that I think is one of the most evocative. For me, it captures the saint in a moment of serious reflection, perhaps when his mind was lingering on a matter of sorrow or regret. The image was created in stained glass by Karl Parsons (1884-1934) for a window in St Michael’s Church at Sulhamstead, Berkshire.

Credit for the re-designed cover goes to James Hutcheson of Birlinn whose creative skills are responsible for the covers of all my books. 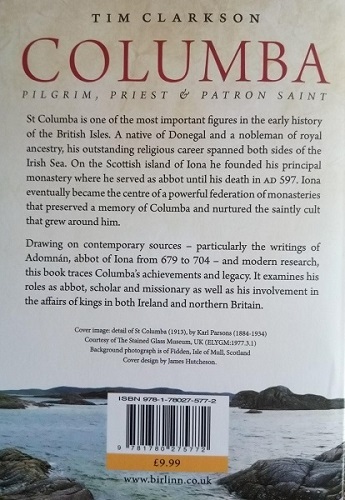 The back cover ‘blurb’ and design credits.

Here’s a link to the book’s page at the Birlinn website:
Columba: Pilgrim, Priest & Patron Saint